An early wake up call this morning for the control collectors for last night’s Marl Pits Trail event, but the views more than made up for it!

I think it’s fair to say that the courses on the trails in and around Marl Pits provided some great terrain for orienteering and exploring. It was great to use the newly mapped area in the woods above Marl Pits for the first time, especially if you were up there in dusk - a real navigation challenge!

With the Red event being a two sided map affair, the first on a typical orienteering map and the second side being an O.S Map, it really made you think in terms of scale and distance and hopefully proved an enjoyable run/walk for all. Going off the positive comments received last night it seems that providing a Red and Long Yellow event should be something that can be a regular feature on our calendar. PFO have some beautiful trails around us to create more of these courses in the next year.

A fair few people, new to orienteering, managed to complete their course (or pretty much most of it), which is a fabulous achievement as orienteering at Marl Pits is tricky whatever your experience. There was a great battle at the top of the timings between Max and James and other orienteers with joining fell/trail runners showing their expertise on the trails too. Plenty of PFO members that enjoy trails came back with a smile on their face even Debbie who managed to find her way around the tricky course in near darkness at the end!

A big thank you to all that came and made the event such a success, whether orienteering club, running club or none at all, you all contributed to a great atmosphere and made all the effort worthwhile.

Next up for this planning duo is finalizing the historical Street-O around Crawshawbooth (details and entries) next Wednesday planned by Richard Catlow. It’s bound to be a good'n!

Our Red Event will suit anyone from a regular trail/fell running background and equally, orienteers that run longer courses such as Brown or Black. If you'd like a run with route choice, but without the technical difficulty usually associated with long O-courses, this is for you.

The orienteering difficulty of the Red course is moderate. Your map will be double-sided with controls circles marked, typically on easily accessible larger features. The first side will be an orienteering map of the Marl Pits area, where the Start and Finish will be, and the second side will be an expanded OS map of the hills of the surrounding area.
You will visit some of the more scenic parts of the area and can expect all of the course to be very runnable on bridleways, paths or open fields. Please stick to the marked paths when outside the area of Marl Pits and respect the countryside as you would do usually.

The Yellow course will be exclusively on the Marl Pits orienteering map, though longer than a typical easy orienteering course of this standard.

PFO Members will be on hand to answer any queries you may have about the course or the map, to make sure that your run goes to plan!

Proceeds from this event will be donated to the Marl Pits Running Track Appeal.

The orienteering area is a combination of open land and woodland. Near the Start & Finish there are playing fields, but beyond this is a steep area of rough vegetation with water and landform features and a newly mapped area of woodland. The orienteering area gives way to fields and rough pasture crisscrossed by rights of way.

No dogs. This is sheep country. 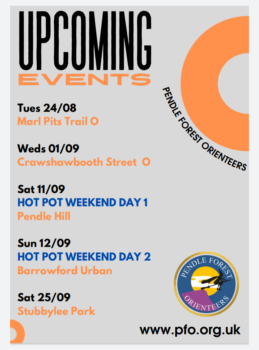 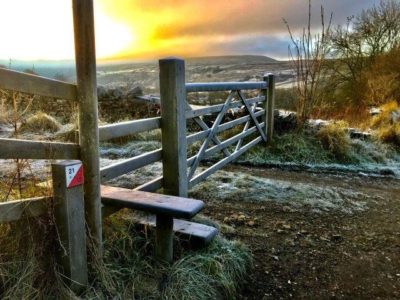 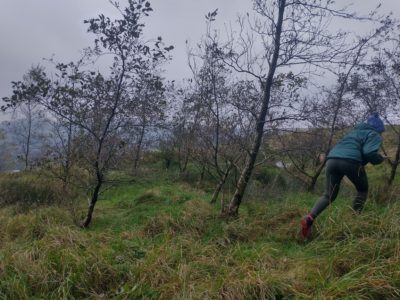 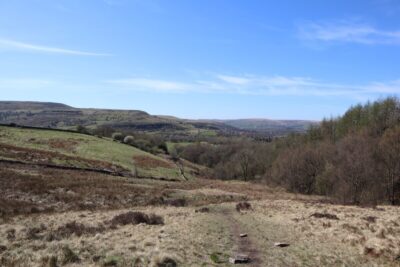 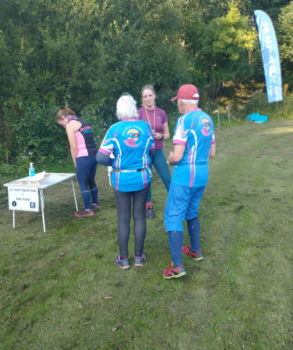 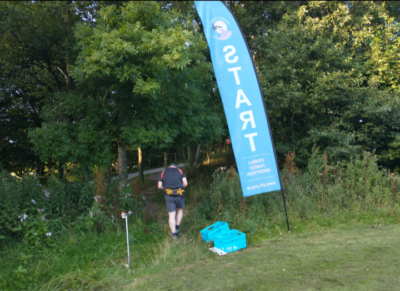 They're off!
Credit: KH 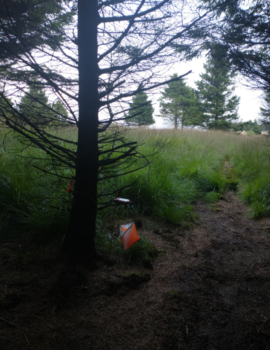 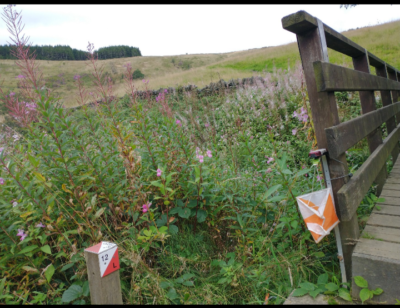 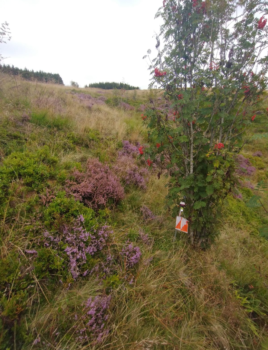 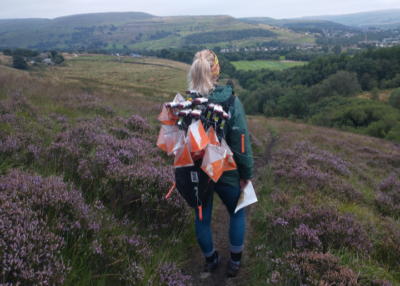 Putting out or collecting?
Credit: KH